The Staffordshire Record Society originated in 1879 as the William Salt Archaeological Society. It took its name and inspiration from William Salt, a banker of a Staffordshire family whose antiquarian collections form the core of the holdings of the William Salt Library at Stafford, which opened in 1872. The Society, however, was the brain-child of General George Wrottesley, a younger son of the 2nd Baron Wrottesley of Wrottesley Hall, Tettenhall, and a veteran of the Crimean War. He was the Society’s mainstay as secretary and editor until his death in 1909. He was succeeded by Josiah Wedgwood, the future Lord Wedgwood. 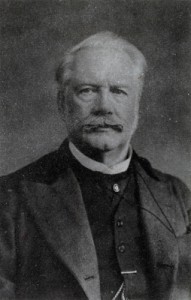 The purpose of the society has always been the publication of documents, both local and national, relating to the history of Staffordshire, although articles and monographs have also been included. The Society’s name was changed in 1936 to the Staffordshire Record Society as being more suited to its work. The series of publications, which has the title Collections for a History of Staffordshire, includes pipe rolls, plea rolls and feet of fines, episcopal, cathedral and monastic records, heraldic visitations, hearth tax returns, quarter sessions records, parish and family histories, the minute book of the parliamentary committee at Stafford 1643–5, biographies of Staffordshire MPs to 1841, and a facsimile edition of William Yate’s map of Staffordshire, 1775. A well stocked pipeline of future volumes will continue the series well into the 21st century.